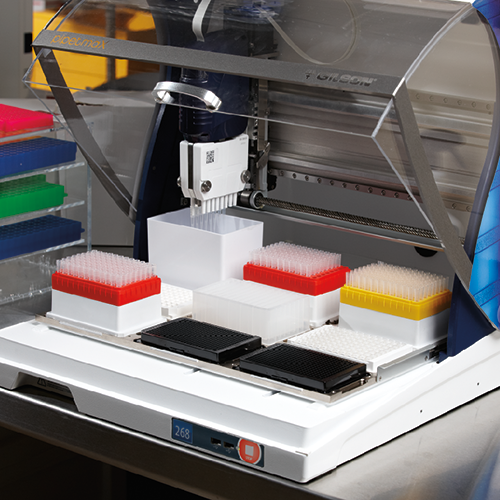 Different researchers in numerous labs may use a multitude of methods to prepare samples, extract RNA, perform reverse transcription, and run controls. Of note, qPCR is especially sensitive to variations in pipetting technique and pipetting errors. As a result, each assay could yield a different result. These variations are difficult to record accurately, making it hard to trace their source and to adjust the workflow to improve reproducibility with future iterations.

To make the qPCR technique more reproducible, scientists need liquid handling protocols that can be readily automated, modified, and transferred between different instruments without affecting the quality of the data itself.

Why Pay More for the Same Results?

In a recent study, Synthace used its Antha software to generate equivalent qPCR results using PIPETMAX, Microlab® STAR™, and Freedom EVO® 100. The team ran a generic, two-phase qPCR protocol: 1. serially diluting the DNA template to generate a standard curve and calculate primer efficiency, and 2. combining the templates and master mix in replicates, in preparation for qPCR. The reactions prepared by different liquid handlers were set up on the same plate to aid the comparison.

Interestingly, the PIPETMAX, at a price point two to three times lower than the other liquid handlers, ran the same protocol and yielded the same results, and was more than 25 percent faster (Figure 1). With its more compact footprint, PIPETMAX provides researchers with the very best liquid handling platform at a more affordable price.

The primary aim of the study was to use Antha to easily transfer and execute the same qPCR protocol on different liquid handlers and test the reproducibility of results. This would be achieved by performing a serial dilution of the DNA template and observing a primer efficiency of 90-105%, the benchmark efficiency in a validated qPCR assay. This process allows researchers to calculate the slope of the cycle quantification (Cq) value in relation to the DNA concentration curve. This is integral to the qPCR technique, as it determines the relative quantification of the DNA template. To get an accurate reading, the two phases of the serial dilution must be performed impeccably. The first element is the accurate transfer of the DNA and diluent; the second key step is sufficiently mixing the solution between dilution steps.

Using the automation software, the researchers were able to perform six 10-fold dilutions of the DNA template. Their goal was to transfer the same qPCR protocol between three devices and reproducibly achieve primer efficiencies of 90-105%, the hallmark of a validated qPCR assay. Further, the dilution yielded comparable Cqvalues and a coefficient of variation ?1% across all of the technical replicates for the various DNA concentrations. Finally, among the control reactions, where there was no template DNA; the researchers did not find any significant contamination. See Figure 1 for more details.

To learn more about the Synthace study, read it in its entirety here. 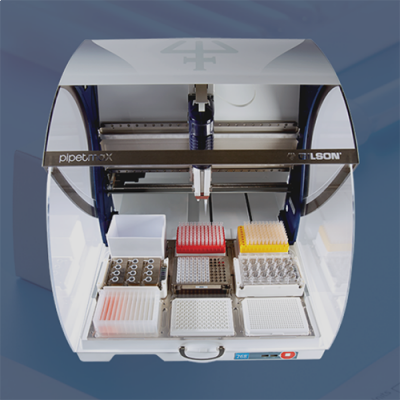 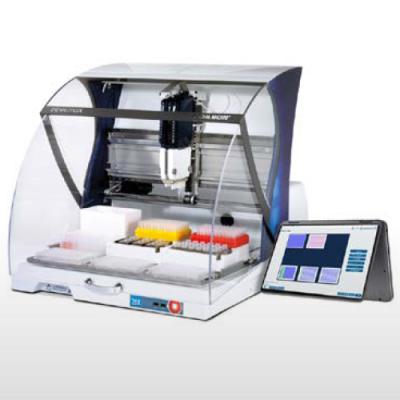 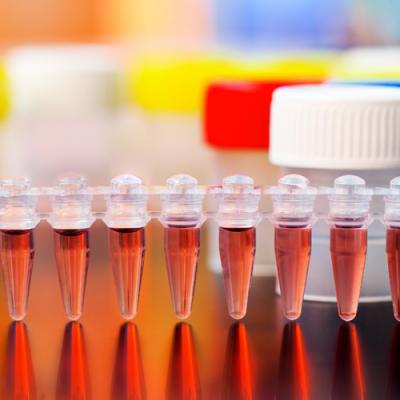 How Lab Technicians Can Stay Ahead of New Procedures and Skills March 11, 2021